Featuring superior sound through added depth and traditional cabinetry, the JX113T looks and sounds magnificent in any living environment. Silent functionality has been added to this JX113T. This is an SG2 type type Silent piano™ featuring a CFIIIS sound source.

Yamaha Silent Piano™ features a range of unique technologies that allow them to offer a touch that is astonishingly close to that of an acoustic grand piano even when in "Silent" mode. 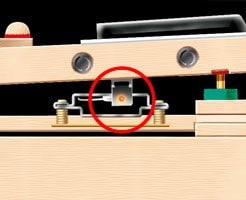 Under each of the 88 keys is a Yamaha-unique continuous-detection grey-scale shutter key sensor. These sensors detect the movement of the keys continually, allowing natural musical expression even when the piano is in "Silent" mode. Since they do not come into contact with the keys, these sensors do not affect the feel of the keyboard in any way. 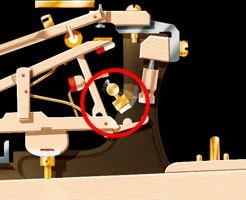 Silent Piano™ features a quick escape system that allows the sound muting mechanism to be fitted to a grand piano without sacrificing any of the playability or musical expression demanded of such instruments in an acoustic performance. This system allows optimal separation to be obtained between the hammers and strings by adjusting the distance between the hammers and strings, ensuring that the feel of the keyboard stays in the best possible condition whether playing acoustically or with the sound muted. 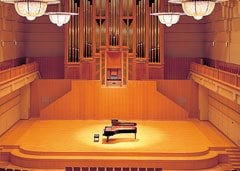 Polyphony is a vital feature that defines and supports the quality of the sounds that you are using. The maximum simultaneous polyphony on the SG2 type is 64 notes.

Wave memory size is key, as it defines the storage level for the sampled sound data. 30MB wave memory allows Yamaha to include longer samples, many velocity layers, key sampling for each individual key and sustain sampling.

Affordable price since functions are limited to the most important ones

- Built-in recording and play back functions

The SG2 type Silent piano™ can record one song in the internal memory. Additionally, connecting commercially available USB memory to the unit allows you save recording data, and play back songs.

The SG2 type simple control unit allows you use easily to control the basic functions of recording and playing back songs.

- Equipped with AUX and MIDI terminals 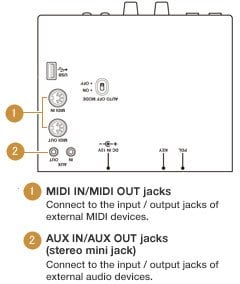 - Connecting SG2 type pianos to external devices such as sound source modules and music players (CD players etc.) via AUX IN terminals allows players to listen to the sound from these external devices on the headphones while they play the piano.

- Connecting music sequencers to SG2 type pianos via MIDI IN terminals allows the players to receive and play back the performance information provided by the sequencers using the sound source of SG2 type pianos.